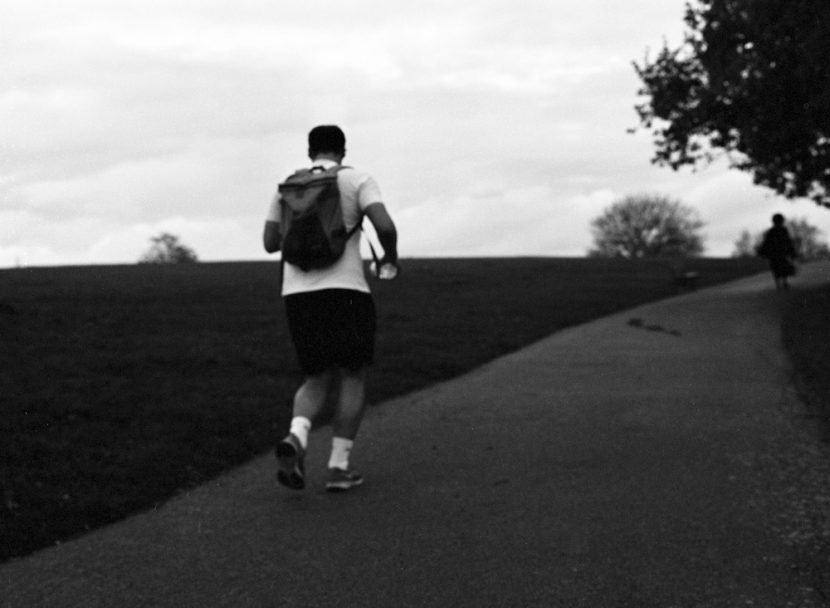 Week 6 and 7 was Methods and Strategies

To quote the course literature, the next two weeks were about.

We also had the time to present and chat about our draft Oral Presentation, which can be found here.

Question: Post an image to the forum that you think is an example of a good use of a photographic faux pas or ‘mistake’. That is; despite (or perhaps in spite) of its apparent failure, you think it is actually creative or interesting. This could be your own image, or anyone else’s. Write a sentence or two explaining how it breaks rules in photography, and why you think it might be an effective image as a result.

I presented the following:

About 4-5 years ago, my Dad gave me his Bronica ETRS.

I sat on the sofa in my front room, loaded a film, and began to work out the operation and controls. I did not realise, as I wondered why as I wound the film on, the reel was not moving. I had the ‘multiple exposure’ switch on, resulting in the image below.

While clearly a mistake, as I was just trying to understand the camera, load film, there was no focusing or meter reading of the light. Everything is pure chance, and there are 3 separate images combined before I realised what was happening.

I engage with this image. Its sense of being present, the gradual movement from one image to another, the overexposure in the top right.

I feel that chance plays a massive part in my work and my process. Or rather, I feel it is about recognising the opportunity and being in the free state of mind to allow you to see and feel things.

“I feel I know” is an important realisation and state of presence within the analytical thinking of the Russian theatre director Genrietta Yanovskaya that I mentioned in a previous post, and it has relevance here. It is about being open to ideas and feelings, and that the pursuit of having a feeling is the most important concern.

The Micro Project in weeks 6 & 7 focused on creating limitations and constraints on your photography practice. For this project, I paired with photographer and MA student, Andy Thatcher.

We decided to ‘limit’ ourselves to location, time, and dice.

1) Sunday 3-5 pm, walk a circular (ish) route near your home (or closeby); Andy was in Exeter, Tim was in London

2) Have 2 dice. Roll the dice, walk the number of steps and stop. Look at what you can see from that position and photograph

3) Upload a selection of images and discuss similarities, differences and journeys.

Andy followed instructions to the letter and shot on digital

Tim ignored dice and was limited to shooting on film: 2 rolls of 120 B&W and 2 rolls of CineStill 50D. At the time of compiling PDF had only processed B&W)

This was the result.

Taking the images, we then reduced down our shots to a selection and then paired 1 image from each, where we felt there were similarities in the type of shot, content or feeling.

When posting on the MA Photography shared website, immediate comments reflected on the creation of interesting and varied diptychs

Great dyptichs setting up a real openness to a narrative and different interpretations of this potential. Michelle Sank

In further analysis and reflection, this is what I felt the project highlighted for myself.

Looking back I found the construct of the short walk and the idea of following a pre-determined but random route, the constraint of being limited to the number of shots, the hand-held nature and working with very slow film in failing light (I had my manual light meter with me) to be both illuminating and obvious.

As a theatre director, I know about the benefits of constraining your creative ambitions in order to discover something ’new’, whether this is with an actor to allow them to singularly think about one objective to the scene, or focusing the attention or a writer to develop a particular character or play structure. Too many choices can lead to being hampered and not being able to see the simplicity.

I am also a firmer believer in ’slowly as humanly possible’ having learnt this phrase from my fencing tutor at drama school; in order really understand something, and learn its process (or mechanics), you have to slow your mind and body down. Take the time and let it fall within.

While I expected the results to have a lot of camera shake, and lack of focus (I was shooting mostly) between 1/60 and 1/8 of a second with a depth of field around the f2.2-f4, with a film of 50-100 ASA and a prime lens of 75mm, I was very pleased with the results. The Bronica ETRS is a have camera, and I am looking down into the view-finder.

The falling light of the time we had chosen created a sense of urgency. And then the subsequent conversation and analysis between myself and Andy, and the composition of images against each others’ work, has not only provided a deeper analysis of the individual photographs but the creation of something artistically alive and separate. That even separated by many miles, there are striking similarities and motifs within the culture and objectives of the environment.

Also, as Andy mentioned in his post-walk analysis, the process allowed a liberation from considering what you normally would focus on, though in my images this may be less as I choose not to ‘roll my dice’ but limit myself with the type of film and number of rolls.