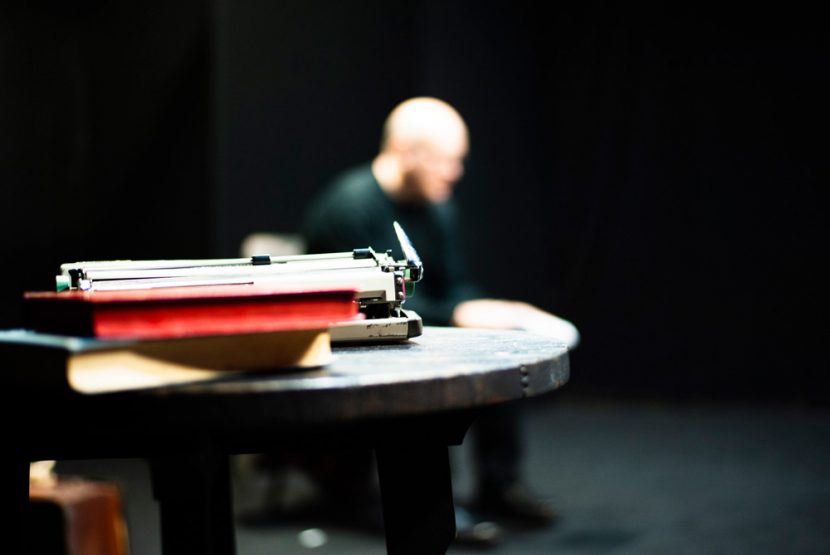 On the 1st March at the Jack Studio Theatre, I performed an extract of a play I am developing. This play, called “Pessoa. My-Self. I” has come from a number of sources.

In particular, it is inspired by the writer and poet Fernando Pessoa. You can visit the Museum here.

I first discovered Pessoa about 10 years ago when I read a novel by Antonio Tabbuchi, Requiem: A Hallucination, which is about a man who falls into a dream world.

The idea for my play first began to form after I completed the CityLit course Creative Practice: Personal Project back in 2017, and I started to write the play at the end of last year.

With my time on the MA in Photography at Falmouth University, and the creation of my body of work from the first module ‘Positions and Practice’ and this module ‘Informing Contexts’ I have really begun to think about the work that I want to create and why. I see my work to be a mixture of theatre (writing and performance) and photography, in which I am seeking to explore identity and self.

It was quite emotional to perform at the Jack Studio Theatre on 1st March 2020 as part of the Scratch Night of new work.

I have known about the Jack Studio space since 1994 when I started at Goldsmiths College on the Directing MA. In fact, I took some of my first theatre projects there: The Promise by Aleksei Arbuzov in 1995 and The Silent Time by Rhiannon Tise in 1997.

So to actually be on the stage felt magical and intimidating in equal measures.

Photography by Julia Stubbs Hughes below.